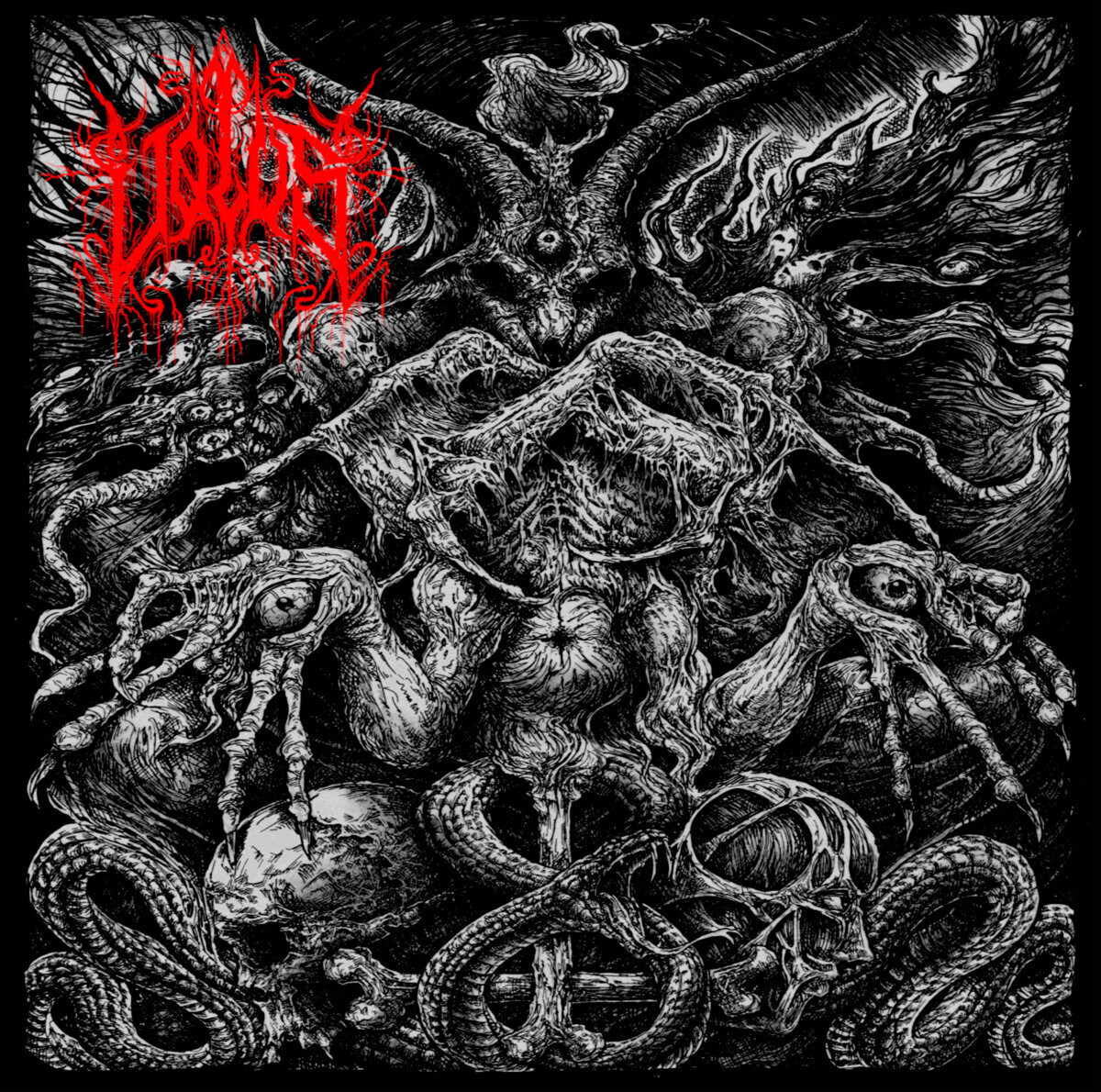 "The mastermind behind this effort is Justin Vølus (Putrefying Cadaverment, Flesh Configuration, Maggot Crown, Morgue Walker), who is also owner of the underground label Vargheist Records from South Carolina, USA.


I have able to review some of the bands on his label here at NCS and have been following the label since I discovered them last year (late to the party, I guess). One of the things that I admired from the get-go was his commitment to his vision/art and how it should be brought to reality. The original conversations were about BDM that went into other genres, mainly Death/Black genres. That is how he introduced us to the bands on the label.

This is his solo project that has been in the works for some time now, and I have to say that one of the things I liked from the first exposure was the combination of Black/Death metal and noise in some sections of the songs and how that translated into something original. Another thing I loved is the raw production, which gives it a nasty/disgusting vibe that makes me feel sick enough to want to throw up (Yes, I like it!).

For this album Justin Vølus handles almost everything (vocals, bass, and guitars), with Jared Moran (from Ange De La Mort , Uzunami, and many more) on session drums. This effort is a prime example of a duo working well together and releasing quality music from conception to execution. The guitars and bass are just crazy, and the drums complement them beautifully in the evolution of the songs. The result is a chaotic explosion that sets the movement of 8 chapters and clock in at around 27 minutes.

This album came out of nowhere and pulled me into this vortex of sound, which will leave you angry and with no hope of seeing any light at the end of the tunnel. To spin us ’round into an eternity in darkness and to not reach the final destination. Yeah, I went off there, but that is what this album makes me feel every time I listen to it, and those damn vocals are like the voice of putrefaction that sucks away all the air of hope."
-No Clean Singing