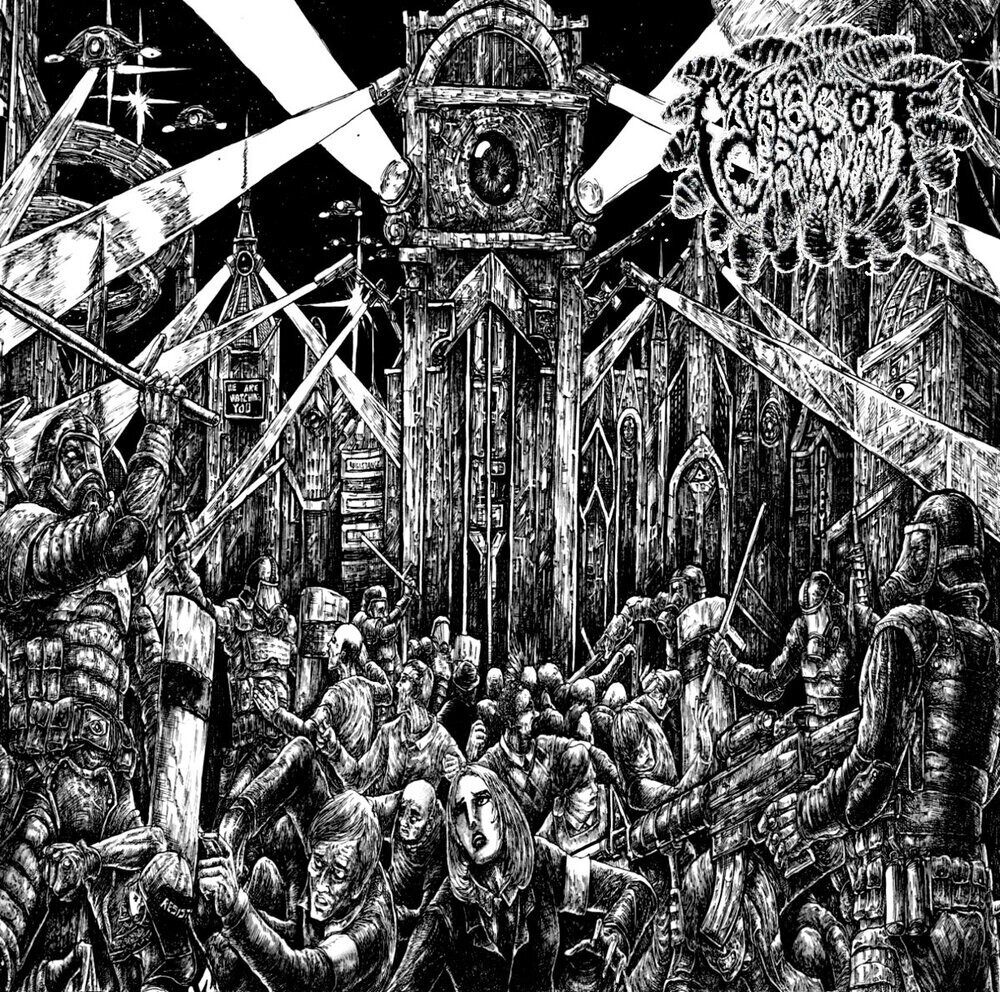 "Hailing all the way from the dirty south of Mississippi and South Carolina, Maggot Crown are a extreme metal project that I have found out on a YouTube channel called Metal Vault after being recommended to this band and what can I say, this is some of the most unadulterated, chaotic, commendable and extremely dynamic sounding albums I’ve heard in 2021. Released on Vargheist Records, Cryptic Immoral Secure is the newest offering from this two piece band and to even summarize this record be like taking the earliest stages of Carcass, Lord Gore, Impetigo, Exhumed, General Surgery and Haemorrhage put it in a blender and stirring it well until perfectly cooked and you have elements of death metal, goregrind, deathgrind and very little traces of grindcore here and there. But far as the music is concerned, talk about aggressiveness, heaviness and monstrosity written all over on this album and for a band that only consisted of two members being able to create and demonstrate how articulated the music and signatures are not only is very impressive to my liking but for someone like me who enjoys a fair amount of deathgrind music altogether, they’ve managed and captured that mid to late 90’s-esque sort of sound but created a much contemporary and modernized tone making the music feel fiercer and stronger than what I can expect it to be.

For a ten track album and clocking in over 35 minutes in duration, Maggot Crown’s ability to unleash carnage and ruthless pieces of music might not be suitable for the faint of heart but if you can be open minded and just appreciating the musicality and craftsmanship being represented here, then I think anyone who’s a fan of extreme metal consisting of multiple genres as stated above in the review can get a glance and glimpse what Maggot Crown is really all about. From the moments you hear songs like Murderous Continuations, Welcome Your Indoctrination, Spectre of Nihilism and Language Corrupted to the maddening and magnetic forces of Obedience Pills, you’ll get addictions containing the most fulfilling, chaotic and heaviest pieces of music there is to offer.
But with this release in particular, they’ve made a embodiment of loud-hard in your face aggressiveness to have complex and progressive styled structures to keep instrumentals, vocals and production to be formulated and well toned. In terms of the musicianship, skill performance, more precise and diverse instrumentation work to heavily concentrate on the deathgrind and goregrind styled extreme metal arrangements aligned from one another, I can tell you for granted this debut full-length is heavy and explosive all around. Cryptic Immoral Secure might just be a taste test of a release, but those wanting a record to create vicious, catchiness and overall extremities to unleash carnage front to back, you shouldn’t pass this up."
Overall Score : 9.0/10
Review by Metal Purgatory