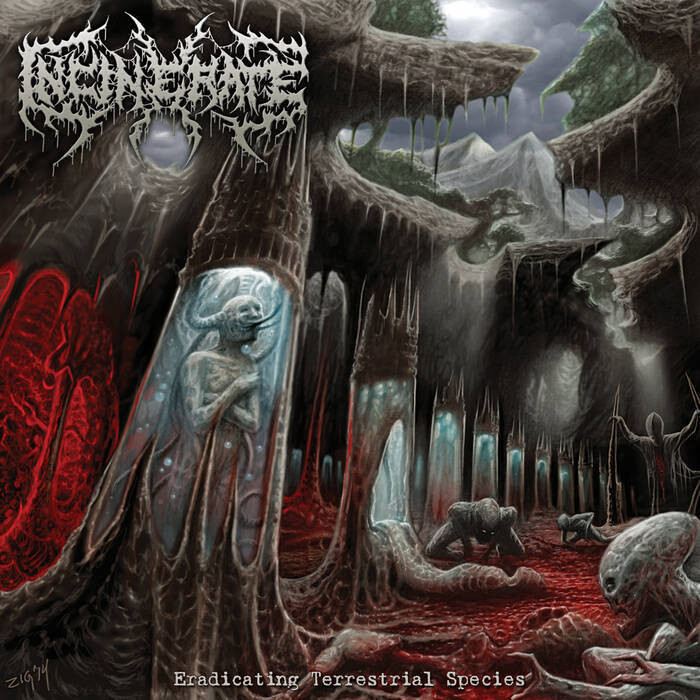 Comatose Music proudly welcomes the Minnesota death metal machine Incinerate! After the departure of long time founding member and song writer Scott Ellingboe, many were skeptical of what the future would hold for this veteran outfit. Now with the addition of new members, the current lineup features guitarist Ted Isac and bassist Sasha Wilczynski, along with original member Jesse Watson and returning drummer Darren Cesca. The new release will push the boundaries they set for themselves with their 2008 release ‘Anatomize’, yet stay true to the traditional Incinerate sound with mind bending ferocity. Conceptually it is science fiction meets the absence of faith in religion and will prove to be Incinerate’s most involved and accomplished musical endeavor to date. New and old fans alike will not be disappointed and should expect a more mature and evolved Incinerate.